Guanacaste & the Nicoya Peninsula have miles of beautiful beaches.

Guanacaste & the Nicoya Peninsula have miles of beautiful beaches.

Guanacaste & the Nicoya Peninsula have miles of beautiful beaches. Selecting which beach is for you is probably based on which hotel you like as each has its own personality.

When traveling through Guanacaste, most assuredly one aspect that will stay with you is the sun. It’s almost as if the sun is closer to you here. It bathes everything with a golden hue and gilds the surrounding landscape. Great expanses of golden grasses sway elegantly in the wind while stunted, gnarled guanacaste trees dot the low hills. The landscape is both dramatic and memorable for any visitor traversing this the largest region of Costa Rica.

The Guanacaste region is bordered by two mountain ranges. The Cordillera de Tilarán and the Cordillera de Guanacaste provide splendid craggy backdrops to some of the country’s most beautiful countryside. The perfect time to visit Guanacaste is, luckily enough, year around. No matter if you visit during the dry season or during the wet season, both provide spectacular advantages. The dry season affords the serious sun lover with plenty of tanning time, while the wet season brings the trees into bloom with explosions of colors and fragrances. The rolling hills become carpeted in brilliant green.

Known for its cattle ranches, travelers will see many homes surrounded by green pastures and grazing cows. Many of these are have been handed down through the generations of Guanacaste natives.

This area is also rich in sights to see. There are a number of places to visit that will lend themselves perfectly to visitors. If you enjoy snorkeling and sometime in the sun, head for Bahia Culebra. This small bay is found just north of the town of El Coco. There are a number of beautiful beaches just waiting to be explored. Local tour operator’s otter snorkeling trips, sunset sails and fishing trips for the avid angler.

Those interested in seeing once in a lifetime events head for Playa Ostional. This beach is the landing spot for the olive ridley turtle, or “bra”, as it is called by the locals.

If you’re visiting the area any time from July through December, you’ll find yourself entranced by the hundreds of turtles that make their ponderous way up on to the beach. The best way to see this spectacular natural event is with a guide. There are several in the area and most of the hotels will be able to steer you in the right direction as to where to find them.

Islands of the Gulf of Nicoya

The Gulf of Nicoya is home to several islands and islets, each with a different appeal. Among the largest islands in the Gulf are: Venado Island with an area of ​​440 hectares and a large number of mangroves, the Pan de Azúcar Islet with a beautiful seascape home to a large population of seabirds, especially brown pelicans, among others. ; Chira Island, the largest island in the Gulf, inhabited and dedicated to tourism on a smaller scale; Isla San Lucas, where the former Prison of Costa Rica resided, and also Isla Caballo and Isla Bejuco, among others. From Puntarenas, Playa Naranjo or Cobano you can take boats to take a tour of the islands of the Gulf.

SANTA ROSA NATIONAL PARK
This park has two sectors: Murciélago and Santa Rosa itself. Located in the northern part of the Santa Elena peninsula, Murciélago features several beaches, including El Hachal, Danta, Coquito, Santa Elena and Blanca. There are also viewpoints and trails.

GUANACASTE NATIONAL PARK
At just over 32,000 hectares, this park contains Orosí and Cacao volcanoes, which are its main attractions. Birds and other animals can be seen on the trails, as well as a spectacular view of Lake Nicaragua. 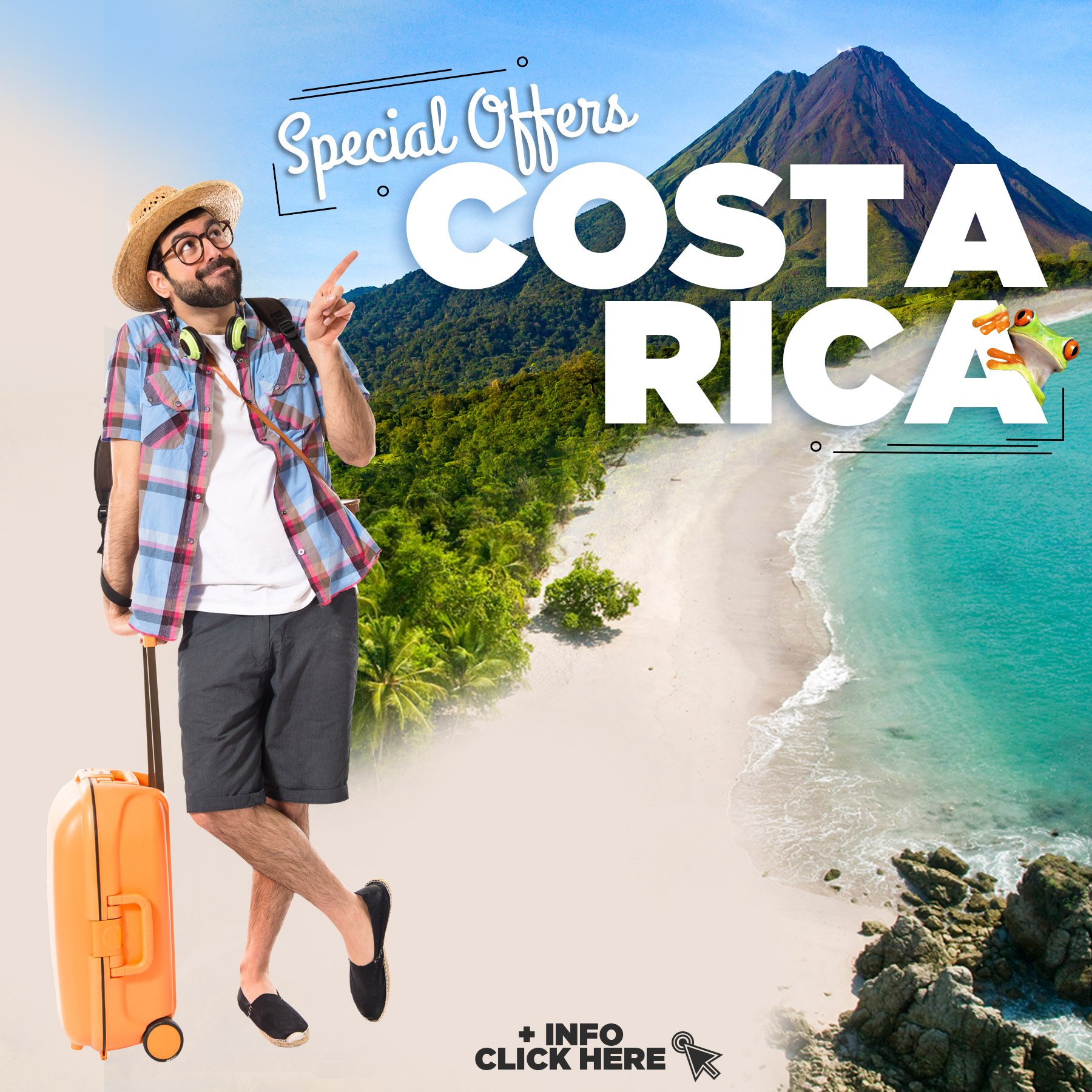